In order to deal with the annoyance of taking down the Christmas decorations? I don't put any up in the first place. That is the level of Christmas apathy I experience yearly.

At most, I find the holiday a minor inconvenience - when I'm forced to irritably spend my money on people-who-aren't-me, and roll my eyes at a circus of "Festive Menus" while shouting "WARM alcohol? CHEAP meat? ABSOLUTELY NOT!"

Yeah, send me three spirits (and make them vodka, gin, and absinthe, please!) before my poor soul gets confined to eternal Dickensian damnation.

In order to over-turn this fatal descent into Grinching - this year, we decided to spend this Noel in New York: If the land of Home Alone 2 and Miracle on 34th Street can't change my mind about Christmas? Nowhere can!

Christmas Eve was spent at the Rockefeller Center; it was alive with Christmas trees, sculptured angels, and dizzy ice-skaters: definitely an un-Scroogeing experience. Taking the lift to the top, we got to see the entirety of Manhattan, from a frosty Central park to a glacial Empire State:

Perfect! It was also interesting to see how much the Skyline had changed since I was last here, 12 years ago, in the midst of a national heat-wave. And NO, I do not like the advent of 432 Park Avenue - hate to body-shame, but something so tall but skinny made me feel sick. Tear it down!

What trip to NYC would be complete without trawling your frozen boyfriend across a sub-zero Central Park to sit on the steps of The Met Museum because: "THIS IS WHERE BLAIR WALDORF EATS LUNCH!"?  He was also dragged to Grand Central Station for similar reasons. (But don't get pretentious about my Gossip Girl love - I know of no better modern homage to Fitzgerald, or Wharton! And obviously I love to ship Blair and Dan, as that's clearly who we are as a couple...!)

Everyone says that if you're in NYC for the festive period, you MUST see The Rockettes at Radio City Music Hall. And for once? Everyone is right!

Cue 36 perfectly choreographed, spinning,  dancing Santas storming the stage... And I salute that as the moment I felt Christmas. The chorus-line of sexy reindeers was also a strange awakening - but for very different reasons: WHO knew I was attracted to Caribou?

Christmas dinner was spent at Ruth's Chris - because, WHY do people bother with a tenth-rate-meat like turkey when there are 40oz steaks in the world?

Forget mulled wine and pigs-in-blankets- I want a rare t-bone and champagne!

The following days involved endless Irish bars, and indulging in American Sports - from Wrestling at Madison Square Garden (I was just one cider away from propositioning Roman Reigns) to watching Ice Hockey in Brooklyn.

A visit to The MoMA promised a viewing of my second favourite painting in all of the world: Starry Night. I also got to see 15,000 troglodytic tourists hogging the space around it, which was equally as masterful and chaotic.

HOWEVER - Nothing really prepares you for the MINUS TEN DEGREES CELSIUS that is the Eastern seaboard in December. Especially not when you've spent the last two years acclimatising to the Middle East. THREE PAIRS OF TIGHTS did not help. Neither did a big coat, several scarves, or wearing two hats at once.

We took the subway all the way down to Battery Park, naively thinking we would get the Ferry over to Staten Island and glare at the Statue of Liberty for a bit. Alas, we walked out of the underground warmth into the windy, raw, chilling abyss of lower Manhattan - glanced Lady Liberty 2kms away... then ran, screaming back into the warmth of the subway. The acclaimed symbol of democracy and immigration will have to wait until its at least 25 Celsius and sunny, soz!

So, as much as I LOVED Christmas in NYC? I'd recommend going back when hypothermia isn't inevitable - try Spring or Autumn!
Posted by K. at 06:11 No comments:

I always knew vanity would lead me to pain and bankruptcy. Enter : Adult braces.
Yes, I'm now an adult who wears braces. I have joined the Narcissistic hoards of One-Direction-Members, Tom Cruise, and Cheryl Cole by sacrificing myself to cosmetic dentistry when I'm old-enough-to-know-better.

Next stop... Inebriation! The Wine Tram. 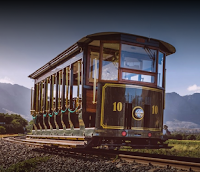 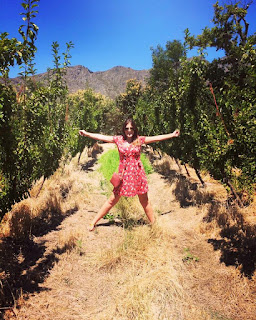 We need to talk about this tram: The Franschhoek Wine Tram. You get on the tram, it takes you to wine. You get back on the tram, it takes you to more wine. Forever.
Four hours we spent jumping on-and-off this beautiful adventure to alcoholism. And we could have spent four more hours... If we hadn't been falling asleep in our Chenin Blancs and dribbling-out our Sémillons.
Read more »
Posted by K. at 10:05 No comments:

A few things you should know about my country: Wales. 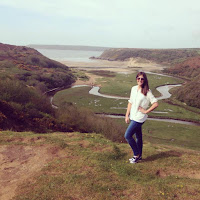 NO. We are NOT a part of England. They refuse to any responsibility for us.They might have massacred our princes in the 13th century and annexed our arses in 1536, but they’ve since decided we’re best left to our own devices: namely singing Tom Jones songs and eating daffodils.
However, asking us if we are a part of England isn’t quite as stupid as asking us if we are a part of Russia, or Australia. Or if we’re a collection of large mammals which float in the sea.
Read more »
Posted by K. at 02:54 No comments: 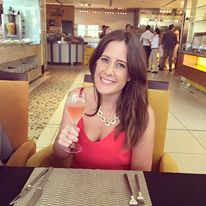 Bubbalicious brunch at The Westin Hotel puts Gatsby's parties to shame. Lobster - want 5? Why not! Steaks? Have 10, go on!  Champagne: Mix it with shots of vodka, and some lethal chaos of cocktail that's been dumped in a watermelon... Go wild, it's Friday! 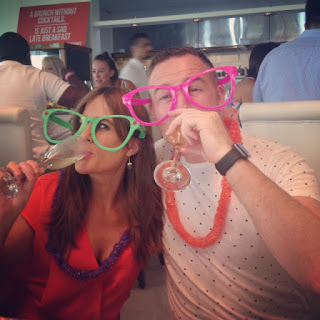 Brunch couldn't work in the UK: People would be dead.
And yet, it's the livelihood of expats in the UAE. Basically - you pay an upfront sum (anywhere between 150 and 2,000 dhs - around 30 to 400 pounds) then eat as much food and drink as much alcohol as you can physically consume in 3 hours. It's a decadent race; he who reaches obesity first? Wins! Wales' life expectancy would HALF if brunch was a thing there...